How to (not) run a sketchbook

Fill up all pages with sketches!

Keeping a sketchbook should be pretty simple, right? You fill the pages with sketches until the book is full and then repeat the whole process with a new book. Theoretically, this is true, but in practice, we can run into obstacles that can cause our sketchbook project to fail.

In this article, we will first discuss what belongs in a sketchbook and then go into more detail about how we keep a sketchbook that we will enjoy for a long time.

What belongs in a sketchbook?

If you have to follow countless rules when choosing the sketches, the motivation evaporates before you have even started. In the first place, everything that originates from our creativity belongs in the sketchbook, but in the long run, it is good not to put certain things into our sketchbook.

If we are not sure how to draw something, then it is time for a study! And there is no better place for it than our sketchbook. 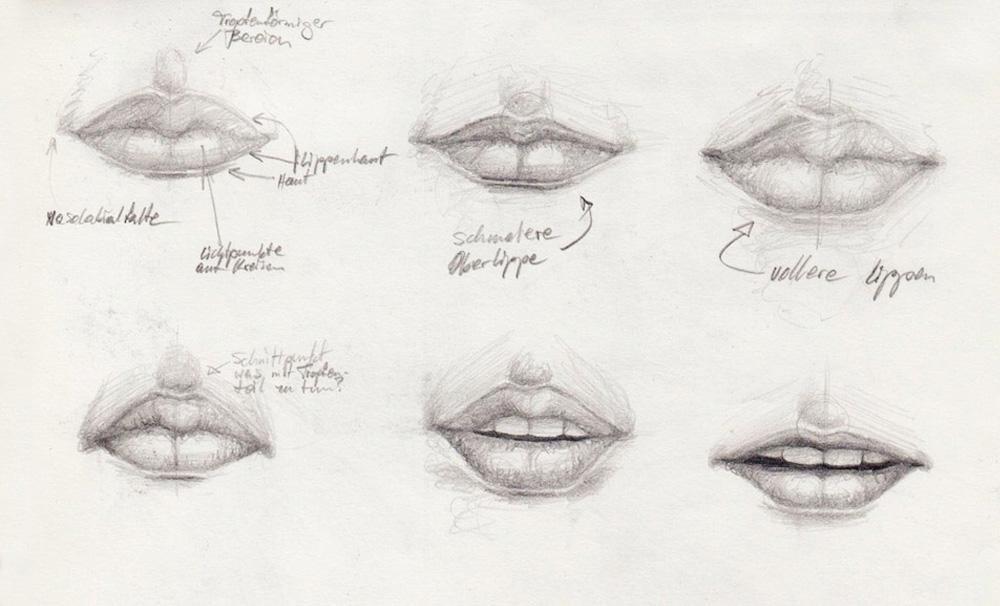 In a study, we examine a motif by making one or more sketches of it and, if necessary, supplementing these with notes. The study not only trains our eye and hand but also serves later as a reference book that we can refer to at any time.

It is not always possible to know which colours are best suited for which motifs when drawing straight off the bat. In such cases, it is a good idea to test the colours in the sketchbook beforehand and record them in a colour palette.

Colour palettes are especially useful when you start a series of different drawings and want to make sure that all colours of the separate drawings will fit together later. 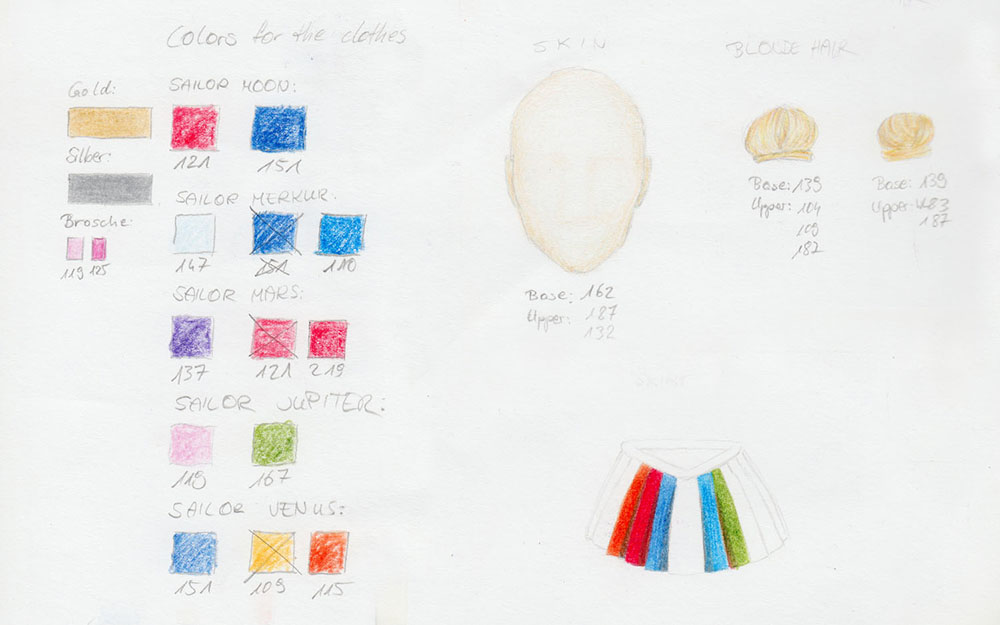 Any ideas can be wonderfully recorded and documented in the sketchbook. It doesn’t matter how detailed the idea is sketched or described, as long as it one day provides us with a useful basis for further development.

It is similar with inspirations: Old works, texts, postcards or excerpts from magazines can be glued onto a page, either alone or in combination with a sketch.

However great the temptation may be: drawings do not belong in a sketchbook! The sketchbook is not a portfolio of perfect artworks, but a place to learn, look up and find inspiration.

In most cases, a good drawing in a sketchbook is torn out so that it can be put in a drawing folder. The sketchbook is simply destroyed in the process and eventually falls apart completely after several such incidents. 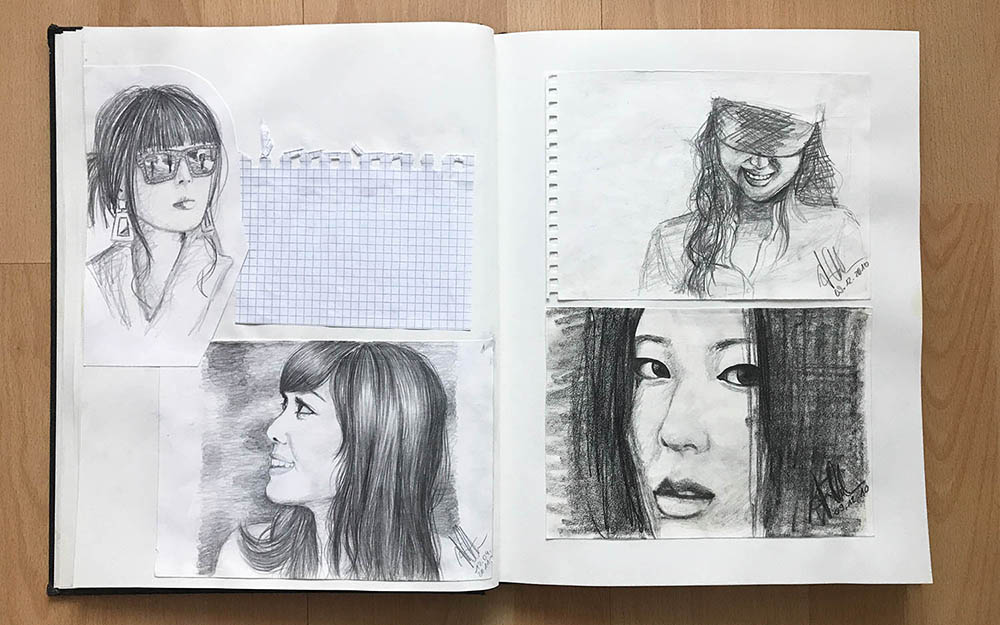 The real purpose of a sketchbook is to record ideas and to understand things better. With every page we fill, the documentation of our drawing career grows. I would recommend to date each sketch because it is exciting to see later how much time has passed and how much you have improved.

How to start a new sketchbook

A new sketchbook can be quite intimidating, no matter if it's our first or our tenth: It might eventually become our best sketchbook, but of course, this only works if we get the first sketch perfect - right?

As a matter of fact, for many of us, the first empty page is a huge hurdle. So the faster we fill it, the faster we leave the hurdle behind! But what is the best sketch for the start? 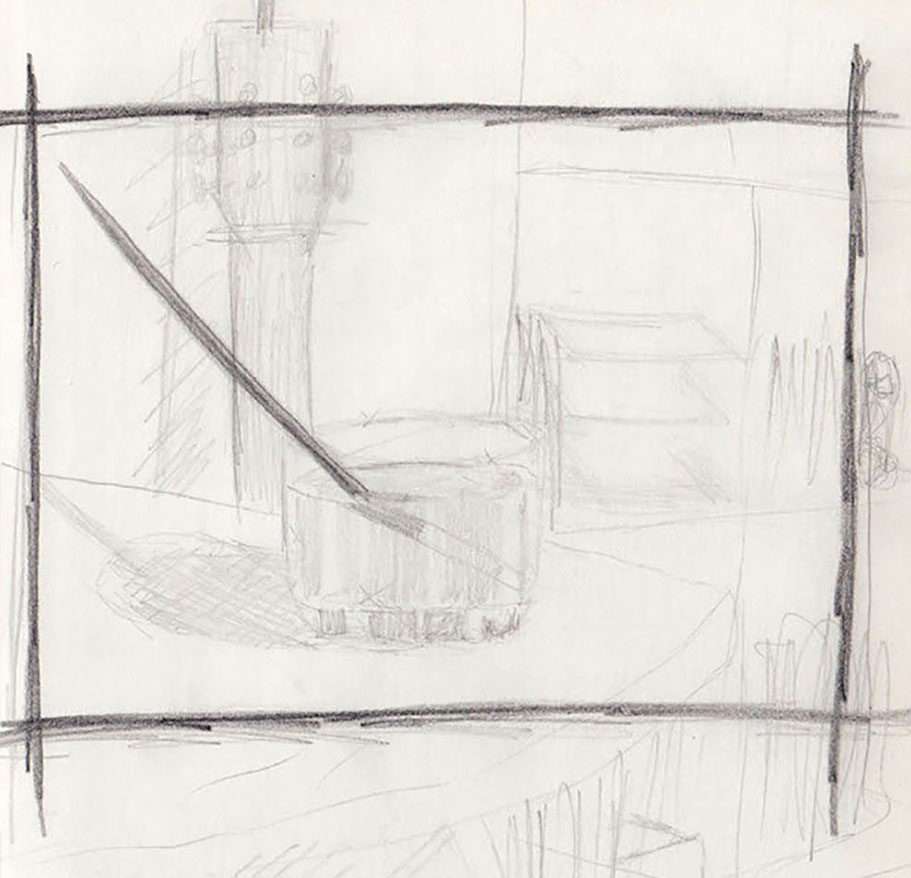 The simplest solution is to sketch several geometric shapes next to each other until the whole sheet is full. If this is too unspectacular for you, you could, for example, sketch a crumpled sheet of paper from several perspectives. Or you could start directly with a study of something you want to learn to draw anyway.

No sketch has to be perfect, because the sketchbook is there for practice and the best way to learn is to make mistakes.

In a sketchbook, you don’t have to use only a pencil. The sketchbook is exactly the right place for experiments, so we should also try out ink, watercolours, crayons, charcoal, chalk etc. as we feel like it.

If the paper is not suitable for the material, it is better to continue on another piece of paper and glue this into the sketchbook later. It is annoying if ink or watercolours accidentally land on underlying pages. 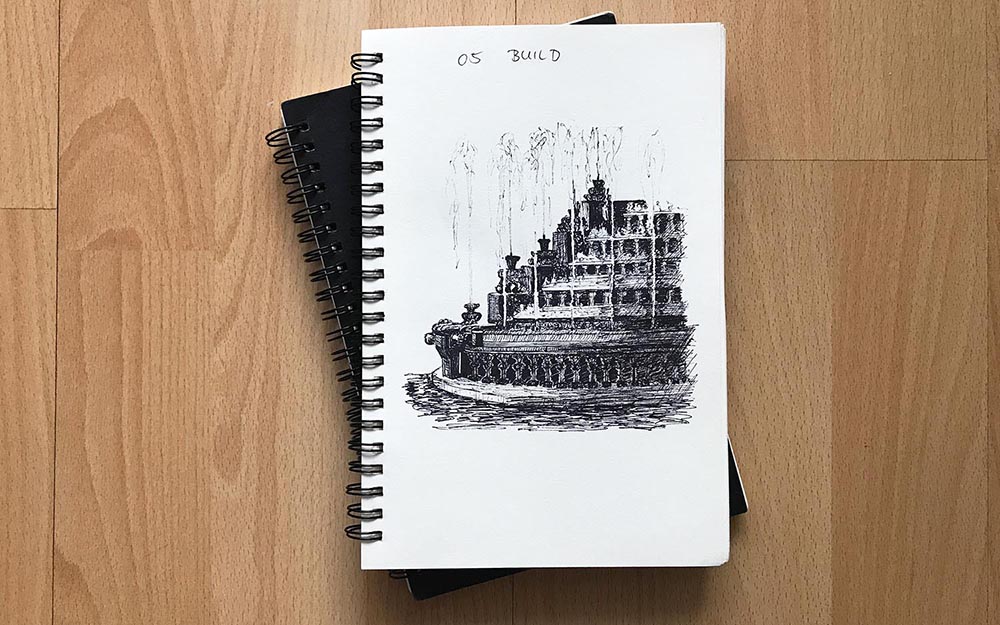 There will come a day when we will hate a page in the sketchbook. On that day the temptation will be especially strong to tear out the page or make it disappear in another way.

But on that day we must remain strong and not give in to the temptation. Whoever tears a page out of the sketchbook once will do it a second time. The problem is that the sketchbook will get damaged. And who wants to continue working with a damaged sketchbook?

I destroyed my first two sketchbooks exactly in this way, to the point that they were simply trash. I was able to save some sketches (I glued them into a new sketchbook), but it would have been nice to have the book in its original state.

So it is important to get used to the idea that some pages will look ugly. But at that moment let's just turn those pages, please. 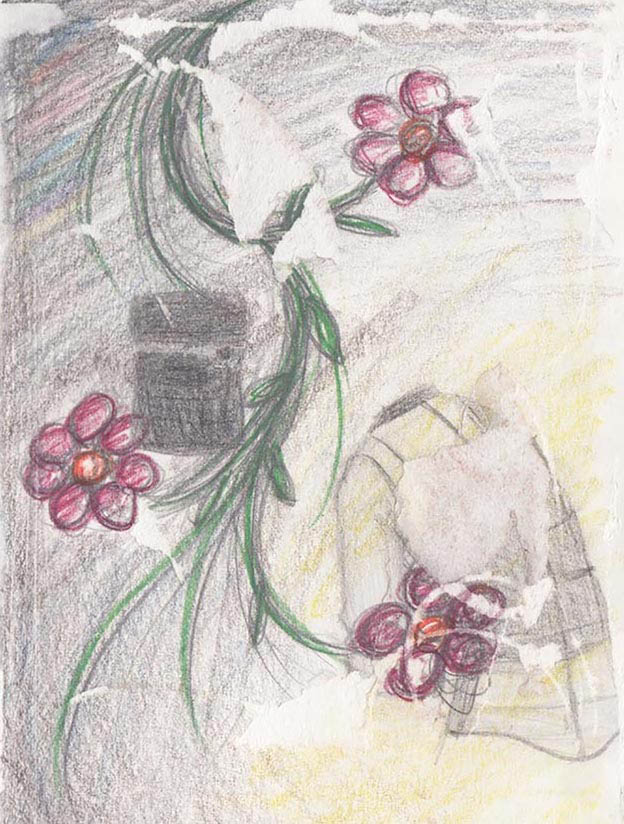 A full sketchbook is something to be really proud of. Should the lack of ideas overwhelm you, it is the best source of inspiration. The road to a full sketchbook may not be the easiest, but it is worth the effort. The best thing is to just get started and try to work on it as much as possible, because you get better with every sketch, study or idea.

If you want to see how other artists design their sketchbooks, you can take a look at my Pinterest board:

How do I start drawing as a beginner?

Drawing ideas: How to find inspiration