As a kid I was a huge Sailor Moon fan and started several times to draw all the Sailor Moon characters. This project failed at that time, because I tried to draw in the original Manga style, which I simply couldn’t pull off.

Almost two decades later I now start a new attempt and want to draw all Sailor Moon characters realistically. This style suits me best, drawing people is also a lot of fun for me and therefore the project should definitely succeed this time!

Realistic drawings of the Sailor Scouts 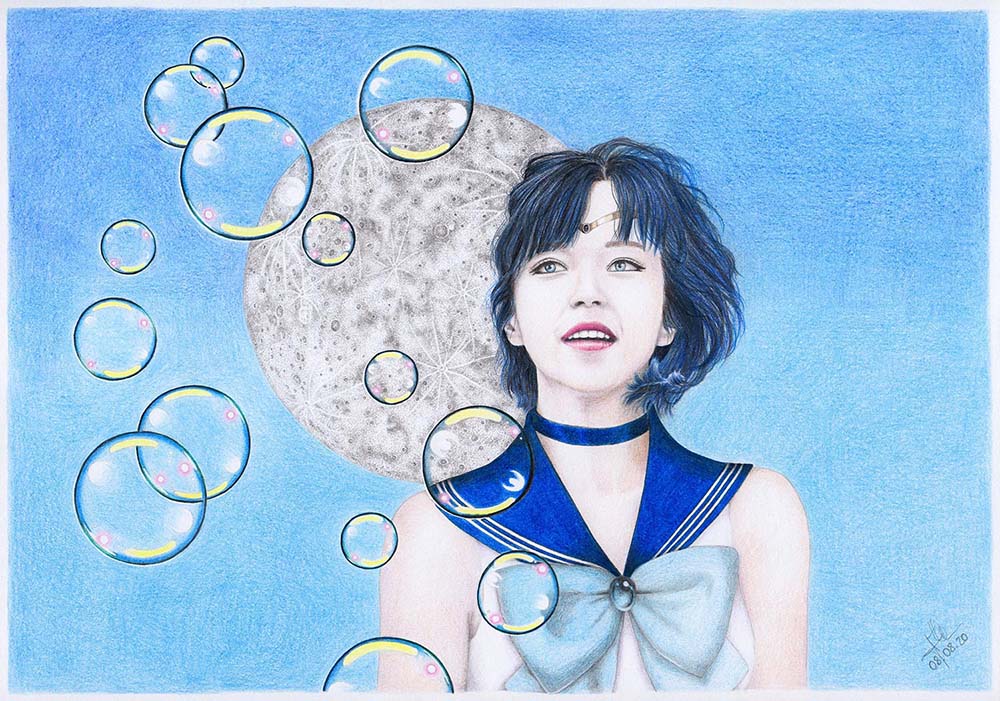 Bubbles need to be part of the drawing of Sailor Mercury because they are part of her magical powers. The important thing here is that despite their different sizes the reflections need to look the same.

Drawing the planet Mercury was a challenge because bright stripes stretch across its surface, which looks like spider webs. To draw them on white paper is honestly not that easy. 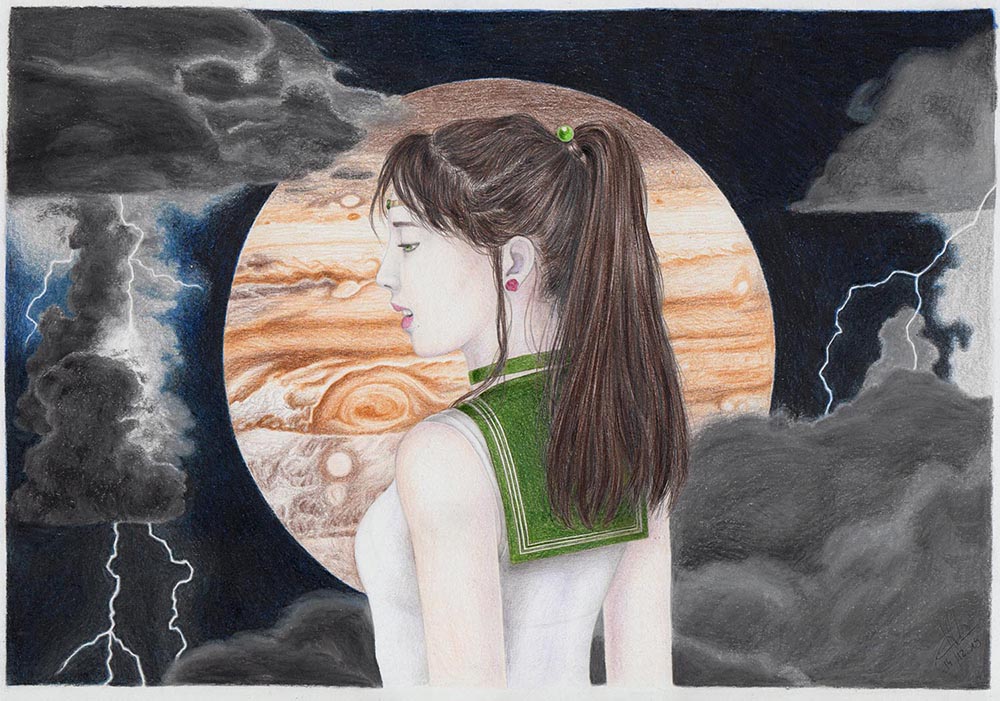 Since Sailor Jupiter is attacking with lightning and thunder, I decided to draw a storm in the background. The planet Jupiter is not quite correct in its proportions: I should have drawn its eye much smaller.

True Sailor Moon fans will immediately notice that the colour of her hair accessory is not correct: The two marbles are light blue in the original, not green. 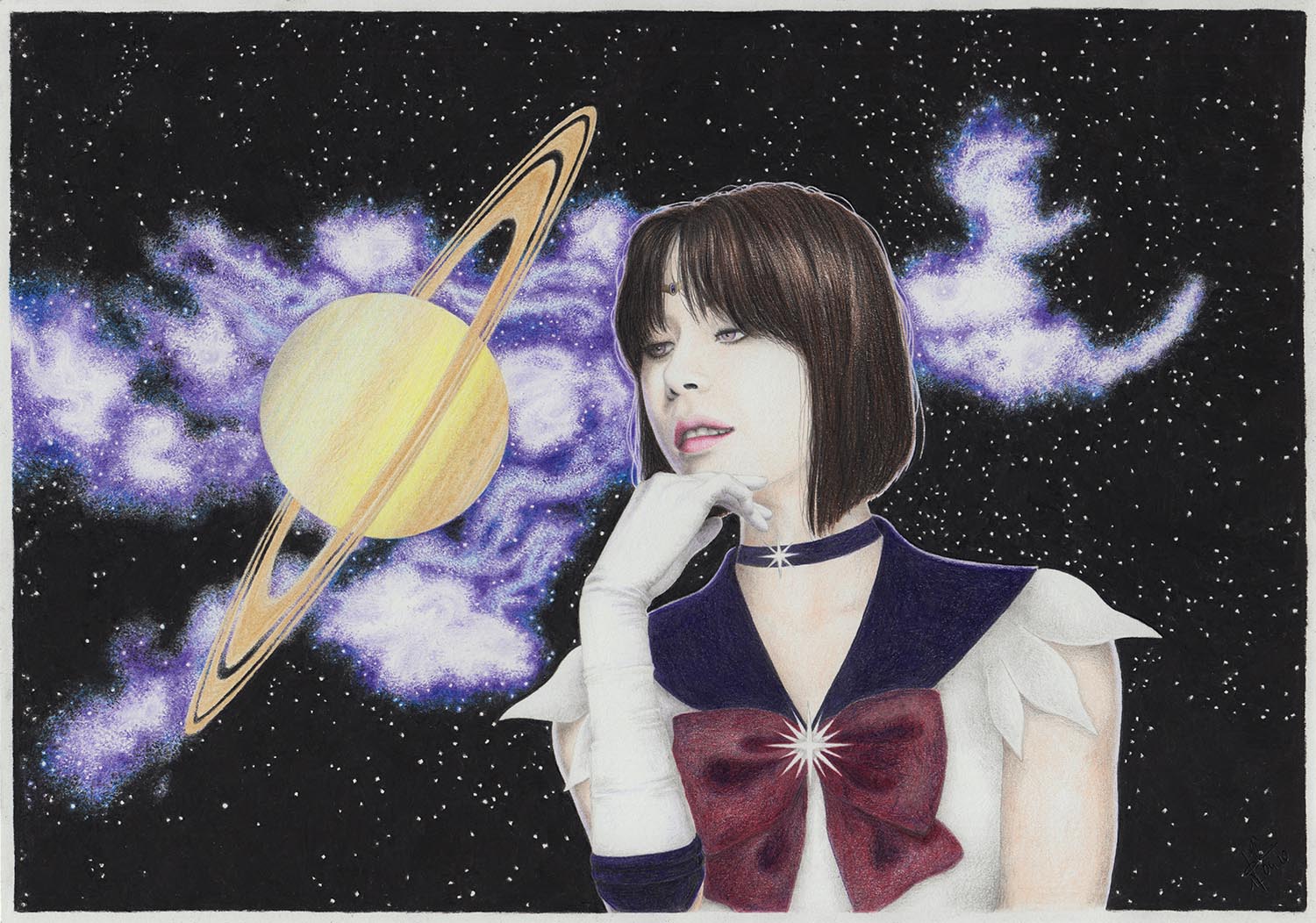 Although I read a lot about Saturn before I started drawing it, so that I could choose the right colours and understand how many rings it actually has, I tilted it way too much and in the wrong direction. The correct angle of its tilt is only 26.73°.

Sailor Moon has carried a whole generation away and still has a lot of fans around the globe. While I was working on my drawings, I always looked at fascinating interpretations by other artists. 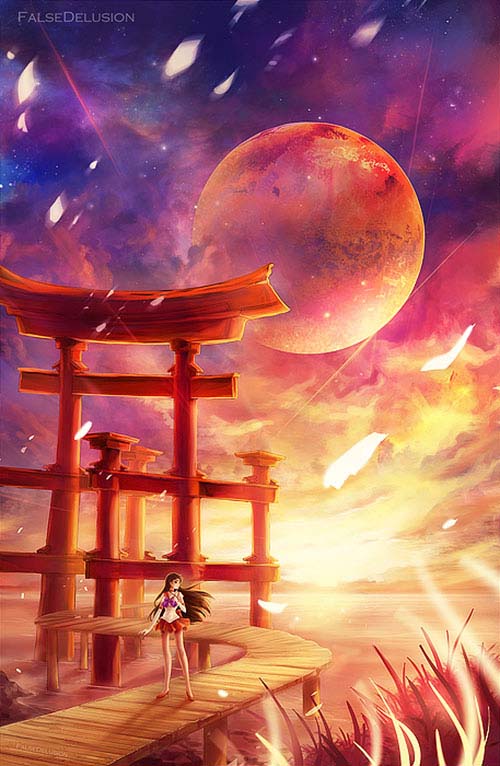 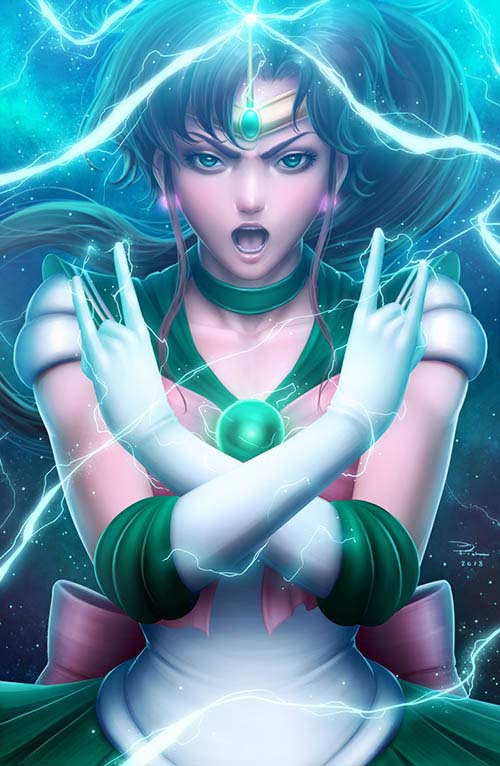 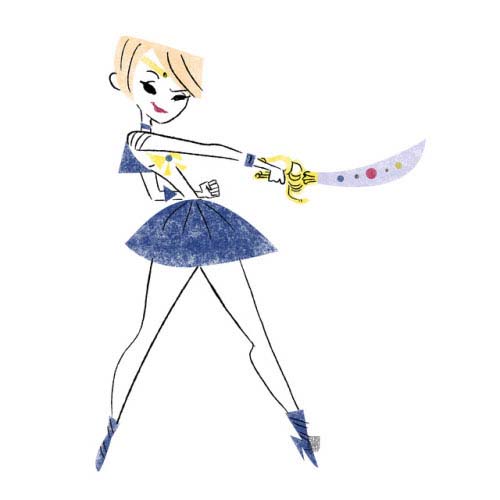 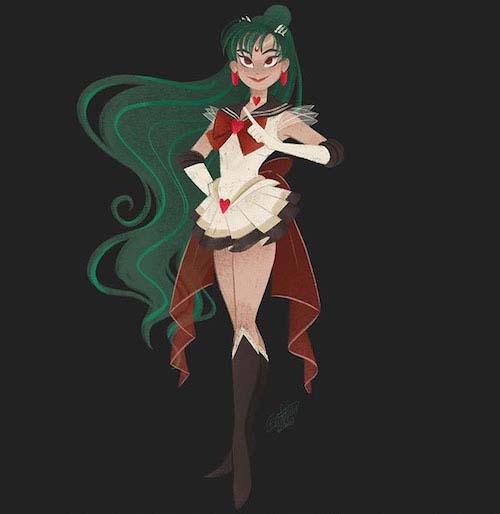